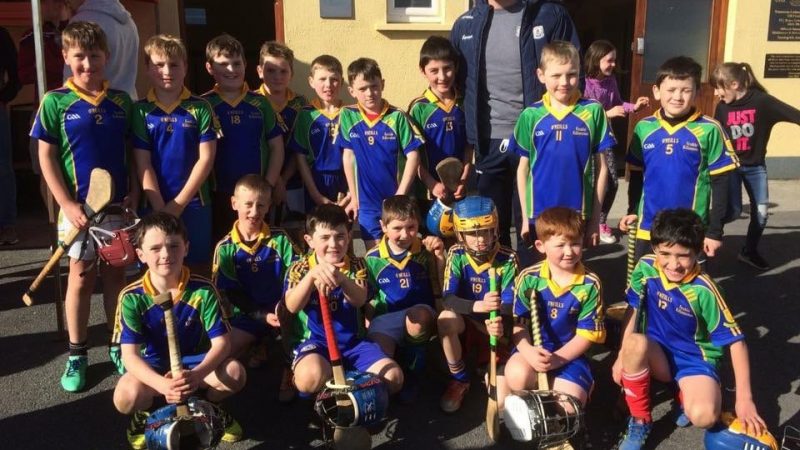 On the 14th October we went to a tournament in Kilbeacanty playing in an under 10’s festival in memory of Niall Donohue. A number of students from Dromindoora NS played on the team. There were 6 teams at the tournament. We won the final plate. We played Kinvara.  A boy from Dromindoora in 4th class was captain of our team because Niall was his first cousin. We won with a score of 7-1 to 3-0. The team met Joe Canning as you can see in the photo. Congratulations also to Glen Rovers and Gort for winning the cup and shield final. Everyone got a medal at the end of the tournament and we had a great day!

We had a wonderful day celebrating all things books! We dressed up in our favourite…